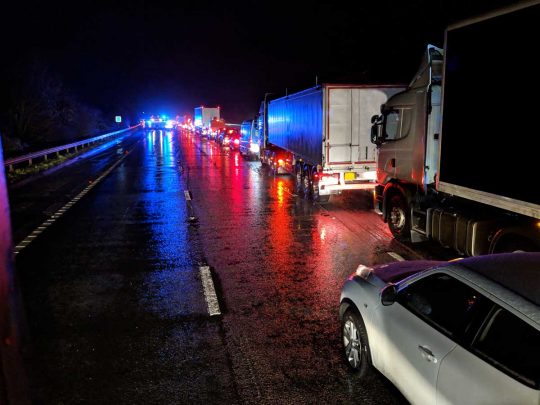 Property Damage (other than vehicles): Unknown

The accident occurred at the intersection of East Riverside Drive and Alameda Drive on Sunday, January 1, at about 1:16 a.m.

Authorities have not released the sequence of events leading up to the wreck, but Austin-Travis County EMS said one person was left pinned inside a vehicle and had to be extricated.  One person was rushed to a local hospital with life-threatening injuries while another patient was transported with “potentially serious injuries.” Medics took two other adults to the hospital with injuries considered non-life-threatening. Four other patients sustained minor injuries and decline transport from the scene.

At this time, no charges have been reported.

Were you or a family member involved in a recent Austin car accident at the fault of another driver? Access to your Austin crash report is important in your family’s next steps following a traumatic event like this. This report could significantly affect how you are compensated for personal and financial hardships suffered.

Simply fill out and submit this contact form to receive a free copy of your Texas accident report. Please be advised: the information presented above is just a sample created from KXAN coverage; it is NOT an official Texas crash report.