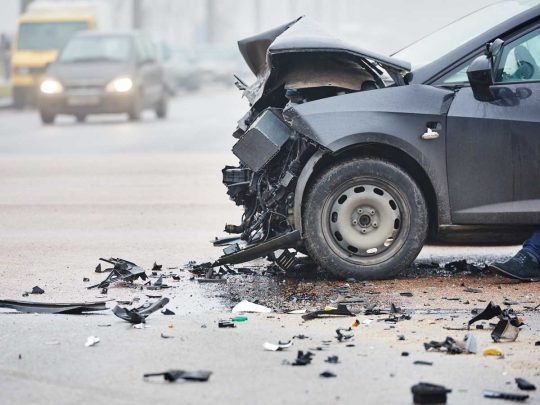 Property Damage (other than vehicles): Yes

Location of Pedestrian/Cyclist (If Any): In building, behind struck wall

HOUSTON, TX — Multiple people, including an 11-year-old, were sent to a hospital Wednesday evening after a car crashed into a restaurant in southwest Houston.

The incident occurred at The Catch restaurant, located at 10105 South Post Oak Road in the Meyerland area. Authorities responded to the scene shortly after 5:00 p.m.

Houston Police said a male driver mistook the gas pedal for the brake. Moments later, his car left the parking lot and crashed through a wall of the restaurant. Three diners, including a woman and two children, suffered minor injuries.

While no one was seriously hurt, the family of three was transported to a local hospital.

Investigators said the crash was an accident and intoxication was not a factor. No charges are expected to be filed.

The extent of damage to the building was unclear, but the business was forced to close early.

Were you or a loved one hurt in a recent Houston car accident caused by another person? Access to your Houston crash report is crucial in your family’s next steps after a painful event. This document is used to support you case in insurance claims and legal proceedings.

Be sure you are fairly compensated by submitting this contact form to get a free copy of your Texas accident report. Please note: the information above is a same produced from KHOU11 coverage; it is NOT an official Texas crash report.