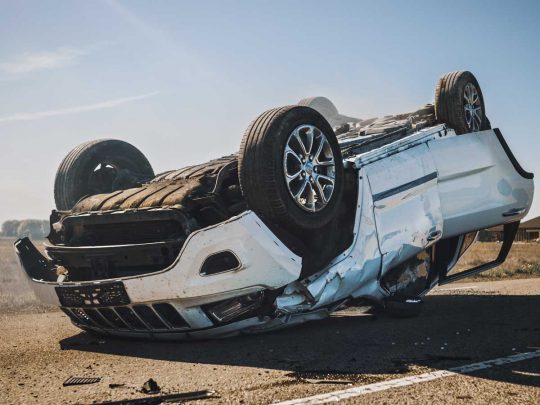 Property Damage (other than vehicles): Unknown

The accident occurred near San Pedro Avenue and West Elmira Street, off Interstate 35 in the Five Points neighborhood. Authorities were called to the scene just after 2:15 a.m.

Few details have been released, but the SAPD said a sport utility vehicle and another vehicle collided at the intersection. The impact of the crash caused the SUV to overturn, but no one was reported injured.

Responding officers were working to determine which of the two male occupants in the SUV was driving at the time, as neither would admit to the role.

At this time, no pending charges have been reported.

Were you or a loved one the victim of recent San Antonio car crash involving a distracted driver? Following a traumatic event like this, access to your San Antonio crash report is essential. This document is used to support you case in insurance claims and legal proceedings; it could determine how you are compensated for personal and financial hardships suffered.

Simply complete and submit this contact form to get a free copy of your Texas accident report. Please be advised: the information above is a sample created from KSAT coverage; it is NOT an official Texas crash report.