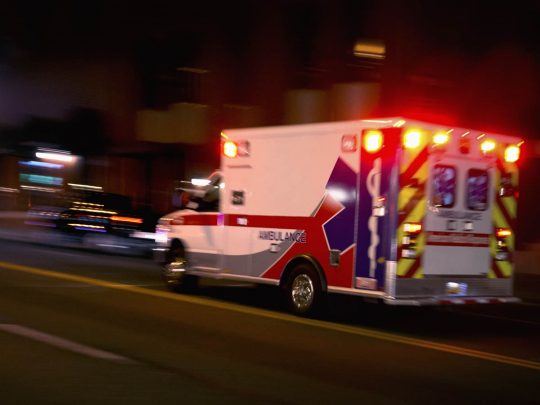 SAN ANTONIO, TX — A 34-year-old woman has been charged after a crash last Thursday, December 22, that killed an 8-year-old girl. The fatal collision occurred in the 200 block of North General McMullen Drive, in the city’s West Side. Authorities said the woman was driving a 2009 Dodge Journey while engaged in an argument with a passenger. At one point, the Dodge struck a curb and jumped the sidewalk. It hit a fire hydrant, traveled through a driveway, and then collided with a Nissan Pathfinder and a telephone pole.

The young girl, who was sitting in the rear passenger side of the Dodge, suffered fatal injuries. She was pronounced deceased at the scene.

The driver of the Dodge, who admitted to drinking while driving, was placed under custody. Authorities said she has since been charged with intoxication manslaughter. She and two other passengers were taken to a local hospital, but no updates on their conditions have been shared.

No one in the Pathfinder was reported seriously hurt.

The information presented above is only a sample produced from KSAT coverage and is NOT an official Texas crash report. If you have been hurt in a recent San Antonio car accident caused by another driver, submit this contact form to receive a free copy of your San Antonio crash report.

Access to this document is crucial in your family’s next steps following a painful event, as it could directly impact how you are compensated for personal and financial losses suffered.